What Is Quantum Computing and How Can It Propel Your Business

How do we use quantum computing, how does it work, and what are its superpowers? By briefly explaining two features of quantum physics – superposition and entanglement – we review the processes and features that made quantum computing possible back in the 1980s. We suggest how IBM solutions in quantum computing are transforming businesses today and the role InnoBoost plays in this process.

Quantum computing is a branch of computer science with the potential to change and reshape our world. It is based on fundamental properties of matter that arise from quantum mechanics, such as the ability for particles to be in multiple states simultaneously (known as superposition).

This is not new. In fact, it has been around for decades. Recently, however, it has gained attention as its practical applications have become more apparent. Some companies are using quantum computing to improve AI and machine learning (quantum AI) for business applications such as drug discovery and financial risk analysis.

This article explains exactly what quantum computing is and why you should be interested in it, as there are many practical applications ranging from artificial intelligence to medicine to cryptography.

On and off at the same time

Quantum computers make use of the quantum states of subatomic particles to create “quantum bits” or qubits. These represent two-level quantum mechanical systems that can take on different quantum values. Conventional computers use “bits” to store information as either “on” or “off,” quantum computers use “qubits” to store information as both “on” and “off” simultaneously. They can be interlinked in entanglement, a quantum mechanical effect that correlates the behavior of two separate things. When two qubits are entangled, changes to one qubit directly impact the other. Quantum algorithms leverage those relationships to find solutions to complex problems. They have the potential to solve certain problems and process information much faster than the current generation of computers that use binary systems.

The power of quantum computing lies in the qubit. A single qubit can exist in two states at once – both the “on” and “off” positions and perform two concurrent calculations. A two-qubit system can already perform four concurrent computations, while a three-qubit does eight, and a four-qubit system does 16.
Quantum systems scale exponentially beyond the conventional ones and zeros, which makes them so fundamentally different from binary computation.

Quantum computers are expected to be able to tackle problems that would take today’s supercomputers many years in a matter of hours.

More on that here.

Why is quantum computing so important?

Many see quantum computing as the next step in technological innovation – a way to build computers that are not only faster, but can solve problems that today’s computers can’t even understand. In recent years, a number of companies and organizations have teamed up with scientists and engineers to explore quantum computing.

Examples include the U.S. National Security Agency (NSA), the European Union, and Google. In particular, the EU has placed a big focus on quantum computing and has set aside €1 billion for research into the field. This shows how seriously quantum computing is being taken as an emerging technology that could truly change the world.

– Extremely expensive: Quantum computers are very expensive, and it’s hard to say when we will see commercial computers using this technology. Many experts predict that the first quantum computer will be built in the next few years, but there’s no guarantee that it will work as well as expected.

– Requires special conditions: Quantum computers must operate at very low temperatures and away from magnetic fields, which makes them much more difficult to build than conventional computers.

How can Quantum Computing Help Your Business

Quantum computing will likely become a new standard in computer systems built in the years to come. New computers will likely be built to take advantage of the technology, and older systems will likely be replaced with newer computers that use quantum computing directly or indirectly. This means that companies are likely to invest in quantum computing systems in the near future, and all computer engineers currently working should ensure they have the skills to work with these new systems. It is also important to keep an eye on the latest innovations in this field to make sure your business stays ahead of the curve.

Alexander Sanchez de la Cerda, Research Fellow:
“Quantum processors will not replace but augment our existing devices, thus introducing us to a new way of thinking.”

IBM is ahead of the game

Today, IBM Quantum provides thousands of developers with real quantum hardware – a tool that scientists only began to dream about three decades ago. IBM engineers are regularly delivering more powerful quantum processors and working toward the speed and capacity of quantum computers that will change the world.

More on the updated IBM Quantum development roadmap through to 2025 here:

Begin your quantum journey with InnoBoost

Currently, we are mainly involved in consulting for financial companies and research for pharmaceutical companies and are open to anyone interested. We can connect you with the IBM Q network to try out possible directions without obligation. Qiskit is a hands-on Q Network experience that helps innovative companies explore the potential impact of quantum computing on their business today.

Etienne Coulon, VP Business Development:
“Quantum finally introduces the concept of real hybrid computing, a must have by 2025 for most enterprises.”

InnoBoost is an IBM Platinum business partner, a level reserved for partners who deliver high-value transformative solutions and achieve the highest levels of customer satisfaction, technical and sales certifications, as well as sales success.
Our skilled, agile, and certified team prides itself on delivering an unparalleled experience to its customers. From system and solution design to configuration, from price negotiation with IBM to ordering and delivery tracking, we ensure a seamless business transition. We also arrange access to other partners and consultants as needed.

Contact us today to learn how quantum technology can impact your business! 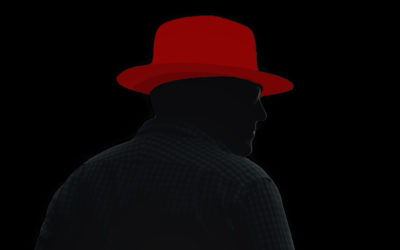 What Is OpenShift and Why Is It So Popular Recently

2022-06-16Summary In the age of cloud computing, almost all enterprises have replaced their on-premise servers with cloud options. Virtualization is a common practice in enterprises today because it helps them reduce operational costs and focus on their core... 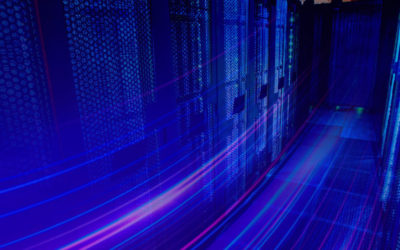 What Is SDN and Why Are Enterprises Adopting This Approach 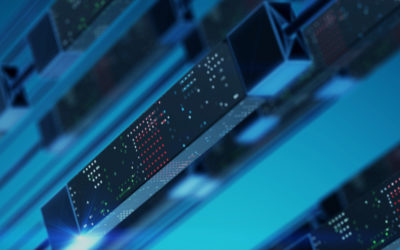 Hybrid Cloud: Here Is Why Many Organizations Switch

2022-04-28Summary More and more companies are turning to the hybrid cloud for data storage. How does it work, what are its benefits, and how does it help companies transform? We take a deep dive into how cloud computing works, showcase IBM's solutions for digital...